I'm not really a podcasty kind of person so the ones I listen to tend to have one thing in common; I know the people involved. Other than that, they run the gamut. Oh, come to think of it they all have something else in common. You can support them via Patreon.

The Two Bars Podcast is the brainchild of Scott C Brown and Andy Dopieralski. Scott is primarily a stage and screen actor but also does web design, film editing, and the diving of the scuba variety. Andy is a software test engineer by day, a voice actor, video editor, and repairer of vintage game consoles by night and weekend. The podcast is a sort of "stream of consciousness" thing talking about what's on their minds, their current projects, and what's going on in the world. Season it with answers to listeners' questions (and listener responses to their questions) and you have a podcast with over 250 episodes at the time of this writing. There are some epic rants that are well worth the hearing and the ooccasional guest (myself, a few times).

Jennifer Page and Maxwell Holcheck are the presenters of the Odd Tonic Podcast. Maxwell has a twenty-five year history in the tech industry and a background in film, and theatre production. Jennifer is a digital artist, actress, and part-time mermaid, among many other things. Their podcast, as the name may hint, deals with the outre. They've done episodes on things from the Emperor of the United States, to the grandmotherly ghost that lives in your basement, and everything in between. There's a very active Facebook community connected to the podcast.

Coddiwomple is an old English slang term defined as "To travel in a purposeful manner towards a vague destination." Matt Vancil; writer of novels, crafter of screenplays, drinker of tasty drinks (it's in all writers' contracts, or something). He also occasionally directs. The podcast almost always has a guest (frequently actor Nathan Rice) and follows a general format of "What are you reading", "What are you playing", "What are you doing", followed by questions from listeners. There are insights into the writer's process and past projects with which Matt has been involved, along with occasional peeks at current projects.

Over the past few years I've been teaching myself to make chain and scale armour, and jewellery. Most of my work is in bright aluminum due to it's light weight and the ease with which it can be worked, but I also work in other metals like anodized aluminum (which can be coloured), brass, bronze, Nickel Silver, and stainless steel.

I make pieces as small as earrings, or as large as a suit of armour. Examples of my work can be seen at the links below.

This email address is being protected from spambots. You need JavaScript enabled to view it.

1/4", 16 Gauge Bright Aluminum Shirt with Brass Accents Worn by the Tall, Moustachioed Adventurer in the Tavern, in Standard Action Season 3

Photography of Morally Ambiguous by Rob MacLennan is licensed under a Creative Commons Attribution-Noncommercial-No Derivative Works 2.5 Canada License. Based on a work at morally ambiguous dot net. Permissions beyond the scope of this license may be available by contacting This email address is being protected from spambots. You need JavaScript enabled to view it..

Images that do not fall within this license will carry specific information regarding copyright.

In the last few years I've started to pay more attention to small, independent film companies that generally release their work through sites like Youtube and Vimeo, though many also do so through their own websites. They frequently make use of crowdfunding sites like Kickstarter, Indiegogo, and Patreon to fund their projects, providing those who support them with various 'perks' in exchange. These perks can range from copies of their work on DVD/Blu-Ray or digital downloads, to news and peeks behind the scenes, or props from the productions. Some projects will even allow supporters, at higher dollar values, to take some part in the production.

My own journey started when I decided to hunt down a movie that I'd been hearing about for years but had never seen; "The Gamers" by Dead Gentlemen Productions. I had heard about it through role playing websites and rumour, and was rather surprised to ultimately find it on Youtube. It in turn led me to DG's earlier works "Demon Hunters" and "Demon Hunters: Dead Camper Lake." It slowly dawned on me that people were actually producing video for the sheer love of it and sharing it with the public, free of charge. It was a different production model in which the artists get paid up front for their work (a mere pittance in most cases), then release the work to the world at large.

The Dead Gentlemen Productions trail led me to Zombie Orpheus Entertainment and a fair bit of confusion over where the dividing line was between the two. They are separate. And together. Forever. I think. Kind of like that line from "Sin City." But that introduced me to shows like "Standard Action", "Glitch", "Transolar Galactica", and many, many more. It also made me wonder who else was doing this sort of thing which in turn introduced me to, among many other things, the various "Star Trek" fan films and series.

Through all of this I've met some very good, very creative people online, who definitely deserve your support in what they do. Just think of it; instead of taking whatever a huge studio chooses to throw your way, you actually have a hand in shaping what you get.

So now my entertainment budget goes more toward funding various independent projects, than it does to paying for movie rentals and theatre tickets. Here's a list of some of the shows I think are worth watching. It's by no means a comprehensive list but then again, as they were for me, consider them to be the "gateway drug", that I'll add to as time goes on ;)

A home of many, many independent creators, The Fantasy Network.

Malicedownunder, where you can watch the series "MALICE." 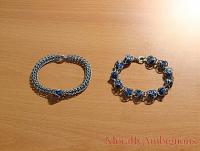